Does light entrepreneurship send the sole proprietor to the dustbin of history? A newly launched platform could bring this to the market 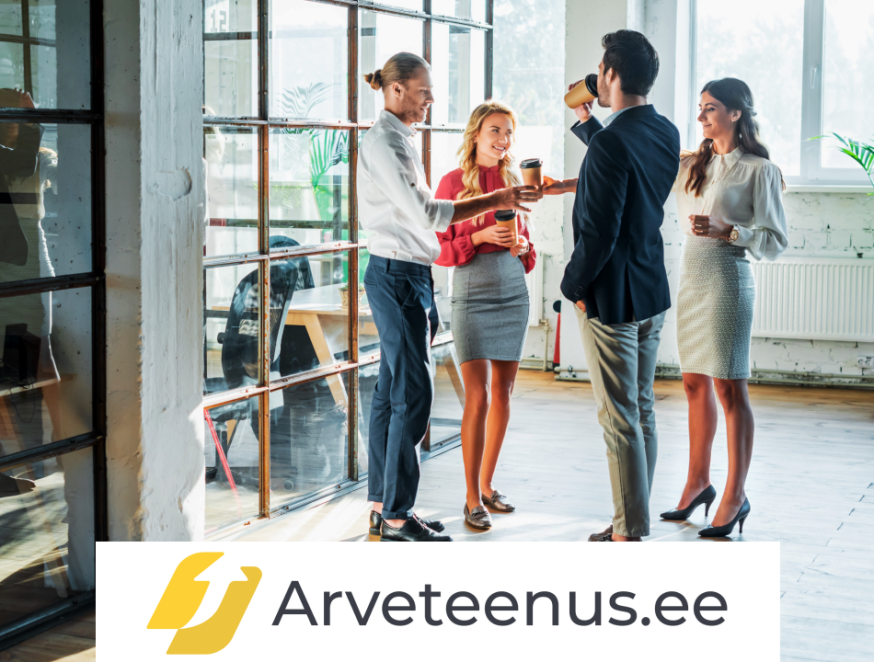 Inspired by the Nordic countries, the Arveteenus.ee wants to simplify the paperwork of people working for different companies. “We want to introduce the concept of light entrepreneurship in Estonia," says Olavi Aasmann, CEO of Arveteenus, to Ärileht.

In essence, it can be said that Arveteenus wants to be an easier solution for workers of so-called day jobs than to operate as a sole proprietor. "We want to make it very easy and fast to pay for work between an individual and a company," explains Aasmann

According to Aasmann, the idea to create a company came from working in Finland – he saw how difficult it is to deal with the paperwork for yourself. “There are also people in Estonia who are freelancers and they do not want to own a business and submit VAT and salary declarations. We offer them the opportunity in the form of a single invoice, from which you can immediately see how much money do you end up with.“

The programs of Arveteenus also calculate all taxes and service fees according to the amount, explains Aasmann. “The remaining remuneration is usually paid to the person as wages within two days.” The service fee for using the solution is 7.3 percent, which includes the use of the platform, billing, processing bank transfers, registration of a light entrepreneur and distribution of taxes together with the declaration of remuneration. But will the service fee be borne by the employee or the employer? "This is already a place of agreement between the customer and the employee, and we are flexible," says Aasmann

The service could be popular in the construction industry

Following the example of the Nordic countries, Aasmann expects that such a service could be particularly useful in the construction sector, but in addition, Arveteenus is also very suitable for, for example, freelance artists, musicians or graphic designers. However, the Arveteenus also has the first customers from the cleaning sector, for example. "Our service speaks the most to those employees who are very good specialists in their field, but at the same time they are not very good at preparing documents. In the Nordic countries, such a service has started in the construction sector.“

„Everyone benefits from the Arveteenus. Employees can conveniently pay for their work and the company does not have to hire a separate accountant,” says Aasmann. In addition, according to Aasmann, the state also wins: “In case an employee receives 100 euros in cash, the state usually does not receive taxes for it. In most cases, employees keep all this money and hold their breath that hopefully the tax authorities will not reach them. In fact, this is also a problem for the employee, as paying taxes in arrears can be very costly. However, our platform eliminates this risk.”

Is light entrepreneurship the future of working?

„The labour market is moving in the direction that people do not want to work for one company for 40 hours a week,“ says Aasmann. He also gives a specific example: “If it is possible to work more flexibly and keep yourself in a better position when offering services to different companies, it is better than to be stuck in one place that cannot provide you with enough work.”

Aasmann notes that the future of light entrepreneurship could be in positions that do not require a permanent presence in one place. „This trend is clearly visible in the example of the Nordic countries. If we also take into account the factor of working from home, it is possible to work for one company in the morning, for another at lunch and for the third in the evening.“

However, there are still some problems with such work organization in Estonia. “We see that Estonian labour law is well-established in traditions – we recognize a permanent employment contract and contracting. On the other hand, corresponding changes have already been made in the regulations in the Nordic countries, and the state supports light entrepreneurship,” says Aasmann.

Currently, one of the biggest concerns for freelancers is health insurance. In order to receive state health insurance, a person must pay at least the minimum rate of social tax set by the state in the previous month. “Roughly speaking, this amount is 193 euros. There are various practices for obtaining health insurance for a person who is not working permanently, and one rather bad example of this is fictitious employment with a company of an acquaintance. However, whoever wants to work can get health insurance completely legally by settling accounts with the customer through our platform. This means that anyone who charges a total of at least 857 euros per month through the Arveteenus will automatically receive health insurance,” notes Aasmann.

However, the need to pay a monthly social tax means that a person living on day jobs, so to speak, cannot rest for a month, unlike an employee with a permanent employment contract. „There are several solutions to this: for example, the person can go on holiday in mid-June and start working again in mid-July. This way, enough social tax will be paid in both months,” recommends Aasmann. “Working in this way has its advantages and disadvantages: on the one hand, a person is the master of what he or she does, but on the other hand, he or she must be responsible, for example, for having health insurance. However, it is important to note that working on our platform is quite possible to get health insurance.”

The goal is 5,000 customers in the first year

When you ask the creators of the Arveteenus where they initially want to go with their new company, one specific number comes out of the answer: in the first year, the company could have about 5,000 customers. “In addition, you could make a profit in the first half of the year, but the main goal is to find a place in the market, which is why you don't want to talk about very specific numbers,” explains Aasmann. “If someone wants to make money with a light entrepreneurship, then Arveteenus is definitely not the only solution in the future, but we want the Arveteenus to be the first thing that comes with such a form of business.”

There is also a job advertisement section on their website, but according to Aasmann, there is no aspiration to be an employment intermediary: “This section is so that we could offer a so-called one-stop solution. A person can find a freelance job on our website and calculate a salary.”

According to Aasmann, several IT developments are also underway. For example, in the future, the costs related to the performance of certain work could also be deducted through the Arveteenus.

Latest news in your inbox!

We always keep you informed of Arveteenus.ee important news.

My favourite part of your service is the calculator, it's handy and also an educational tool on where taxes go. A beginner may not understand exactly where and why some of the money they earn goes. The payment also arrives quickly, which is very nice.

Helen
I used the Arveteenus payment service page to buy in an expert consultation and everything worked smoothly. The invoice came in the mail, I paid it and my company didn't have to do any more paperwork on the contractor.

Hannes Hannobalt OÜ (torutööd)
A very interesting service which at first seemed unnatural to use, that as a private individual I can bill a company for my service. I was commissioned to do cleaning services which I did on top of my day job.The job Customer himself suggested we use the invoicing service so that he could get a cost document for the company and directed us to use the invoicing service. The invoicing was easy but it took a little time to enter the correct price into the calculator. The money was transferred to my account the next day. I will definitely use the service again.

Andres Kuusk andres.kuuk@gmail.com
I used the Arveteenus.ee payment service to test the speed and quality of the service. I was providing saddlery services as a private individual for a company that wanted to receive an invoice. The money moved very quickly, as the customer I provided the service to paid the invoice to Arveteenus.ee on the same day. The service is transparent with a clear overview of where and to whom the fees are paid. Ideal service for extra work or for main work where billing is clear. Our staff often want to work overtime and earn extra pay. Within Smartservice OÜ, we are considering using this solution to bill for piecework and overtime payments.

By using our service, you can submit a real invoice to the customer. Honest work deserves fair pay - it doesn't matter if you're a freelancer, a light entrepreneur or a job seeker.

Arveteenus.ee offers a simple solution for paying a contractor. If the contractor submits an invoice through Arveteenus.ee, your company will pay for the work in one payment.